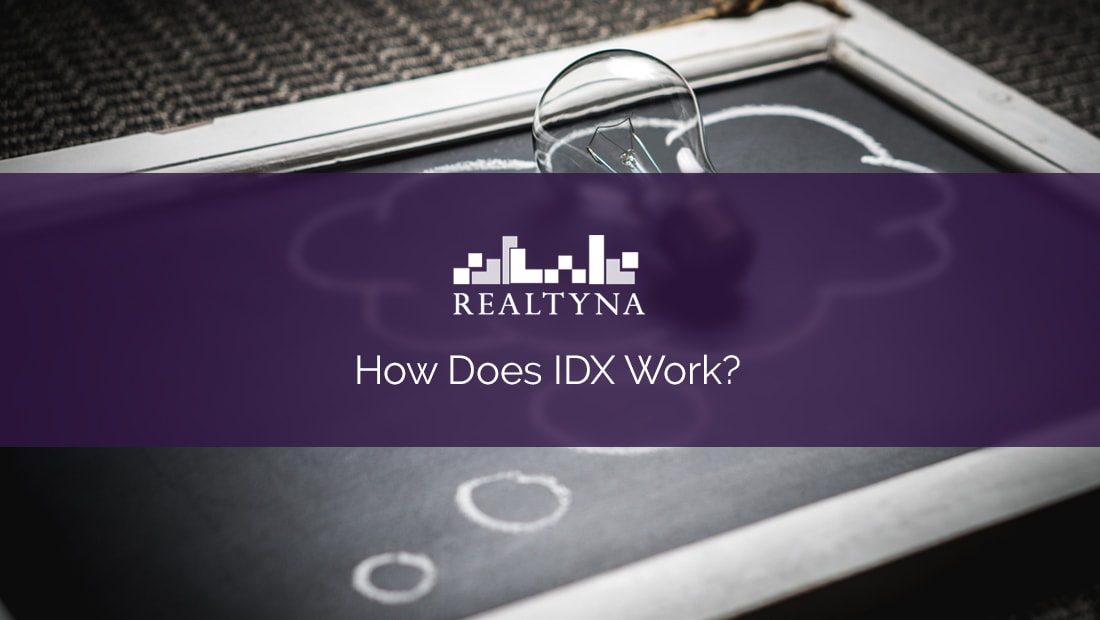 How Does IDX Work?

IDX works by establishing a data connection between your website and your MLS or IDX provider, importing listings, displaying them on your front-end, and running updates. Because IDX refers to any transfer of real estate data, the specifics of how it works depend on the type of IDX technology used.

At its most basic, IDX or Internet Data Exchange is everything you need to display MLS listings on your website and display them publicly to users. In reality, IDX is a vast world of rules, processes, and technologies governing the real estate technology space. Since the growth of the Internet, IDX has exploded to a point where it is now considered an essential aspect of every real estate agent’s business. Because of this, many agents use IDX to attract potential buyers from around the world.

This has spawned an entire industry of developers, designers, and consultants all working to ensure agents have listings on their sites when they need them. As demand for IDX has grown so too have the technologies. What started as a rudimentary way to transfer raw listing data over the web has transformed into an array of competing real estate data technologies online and on mobile.

In this article, we’ll cover the various technologies behind IDX and provide and explanation of how they work. As with most things there are pros and cons with each.

How Does IDX Framing Work?

IDX framing works by establishing a design feature on your website known as a frame that allows visitors to view listings that reside elsewhere on the web. Under IDX framing, no actual data connection is established and no actual data is transferred.

Framing is a widely popular technology that has a variety of applications across the web. In the real estate context, it is generally known as the cheapest option to create a property search on your website. It’s very simple to install and requires no additional hosting beyond what is necessary for your basic site. Framing only requires that you copy and paste some code onto your website. Activate your account with your IDX provider and your property search should appear.

But this simplicity and low costs comes with a few serious drawbacks. In short, Google and other search engines do not recognize framing when they index a site for ranking. What this means is that all the properties framed to your site are not counted as part of your site, which severely limits your ability to appear on page one.

With IDX framing you save in terms of upfront costs but pay in lost SEO value and many leads.

How Does IDX FTP Work?

IDX FTP works by transferring property data using the File Transfer Protocol (FTP), a long-established method for moving files between two computers. Under IDX FTP, the entire MLS data file is moved at once, which can be slower and more burdensome compared to other IDX technologies.

FTP is one of the oldest ways to transfer data across the web. And it is still widely used in business and personal settings to upload and download files from a server. FTP also has carved out a role for itself in real estate, though this role seems to dwindle with each new IDX technology release.

Overall, FTP does better than framing in terms of SEO. Because FTP involves an actual data transfer, the listings you see on your site will be counted toward your site by Google and other search engines. This can help you in the rankings and attract more leads.

But FTP is a legacy technology for IDX. It requires transfer of the entire listing file, which limits how many times a day you can run updates. As a result, FTP is generally slower than other technologies, resulting in an IDX display that is always a bit behind.

Also, there are no standards for FTP across MLS, which means developers must start fresh for each client. This can delay delivery and increase costs of your project.

How Does RETS Work?

RETS works by establishing a unique data connection between your website and your MLS. This works according to the framework in the Real Estate Transaction Standard (RETS). RETS is based on XML and requires a full duplication of the MLS database on your servers. Later, it is then synchronized incrementally.

High demand for IDX exposed a problem within the real estate industry—fragmentation. Because there is no central body warehousing property listings across the United States, in there early days of the web there were no standards for IDX. Each of the 700+ MLS had its own technologies and processes.

The National Association of Realtors figured this out, and introduced RETS in 1999. RETS greatly simplified the build process for developers and provided a number of benefits to agents and brokers. Like FTP, RETS involves a real data transfer, which is necessary for strong SEO. Unlike FTP, RETS allows incremental synchronizations. This limits the amount of necessary data transfer at any one time. This provides agents and brokers a faster, more accurate property search feature. 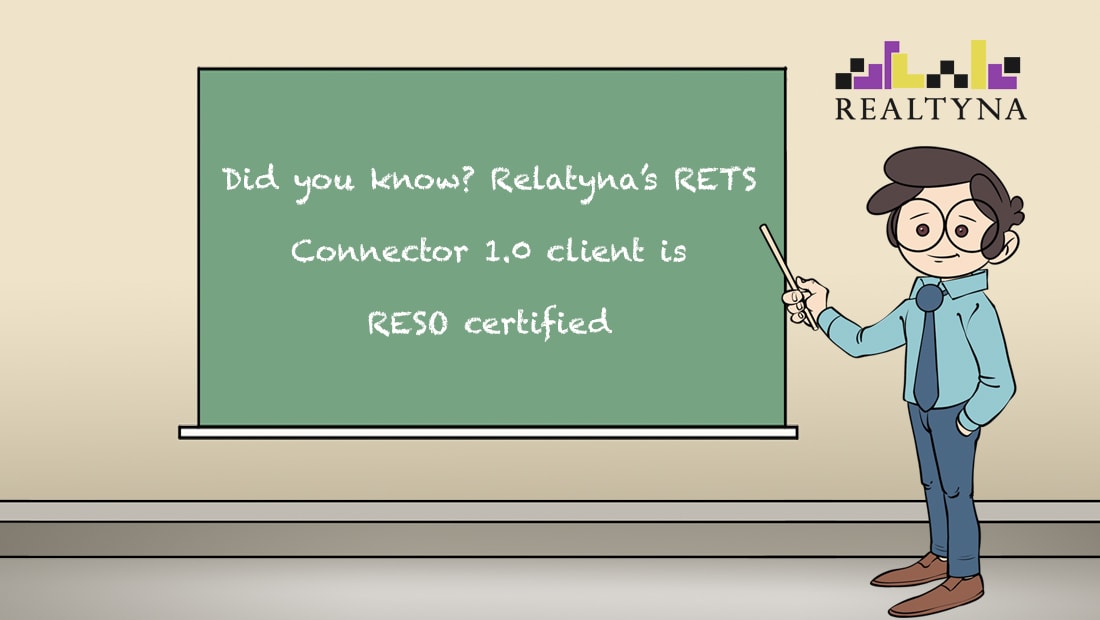 RETS has been the backbone of IDX for almost two decades. It is offered by virtually every MLS and is used in thousands of agent websites across the country.

How Does RESO Web API Work?

RESO Web API works by allowing a website to query MLS databases directly by way of Application Programming Interface (API). Under RESO Web API, the property listings are called only as they are needed. This limits the need for local hosting required under RETS.

First rolled out among MLS in 2016 by the Real Estate Standards Organization (RESO), the RESO Web API is designed to replace RETS by addressing its weaknesses. By limiting the need for local hosting, RESO Web API promises to reduce costs to real estate agents and brokers while maintaining SEO benefits.

RESO Web API is also built on OData, a global technology protocol. This familiar platform should reduce the amount of coding developers need to do to set up IDX. It should push the real estate industry deeper into mobile and social applications.

As of 2018, RESO plans to retire RETS. It will focus its resources on implementing RESO Web API and certifying the software that use it. For more checkout RESO Web API and the Future of RETS.

How Does VOW Work?

The way VOW (Virtual Office Website) works is very similar to RETS. The difference is that VOW includes slightly different types of real estate data and different rules. A VOW feed includes more historic and expired property listings. Because of this, users are required to register before accessing to the data.

VOW feeds vary by MLS, but they typically include a larger range of “Sold” listings (i.e. including those that go as far back as five years), “Expired” listings, and other off-market data. By providing more property listing information, VOW is designed to help those that want to leave the brick and mortar world and go 100% web-based. 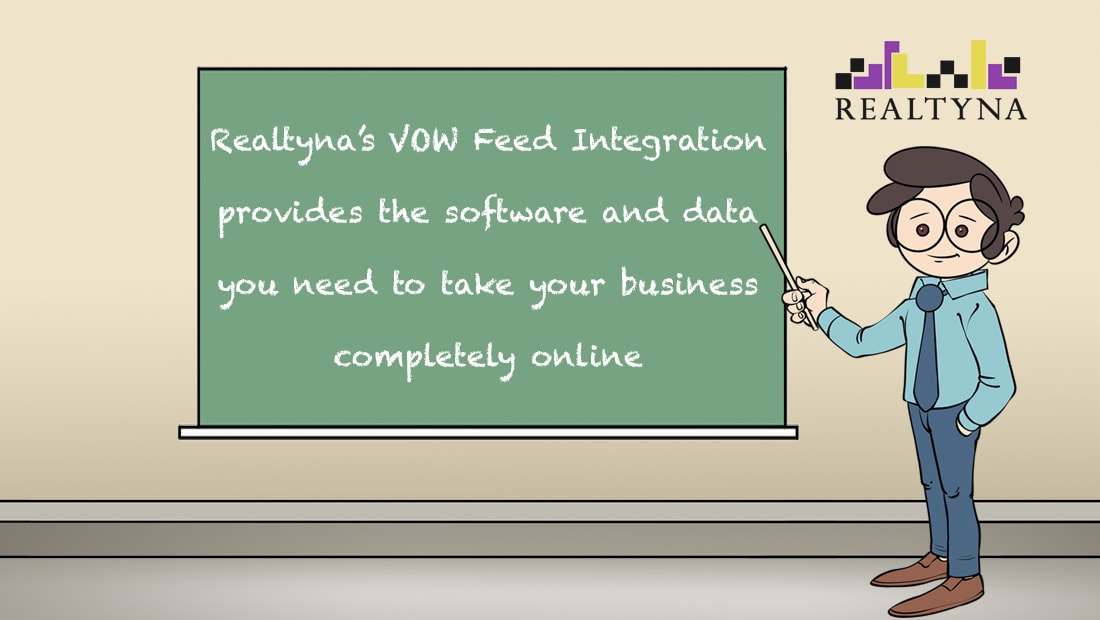 How Does DDF Work?

DDF, or the Data Distribution Facility, is based on XML, and it works in a very similar way to RETS. But rather than including listings data from a local MLS, DDF includes data from a nation-wide pool of shared listings in Canada.

The U.S. and Canada real estate industries have evolved in different ways. While the U.S. industry remains decentralized without a central database of national listings, the Canadian industry has achieved this level of integration in the form of DDF.

Created by the Canadian Real Estate Association (CREA) in 2012, DDF allows homebuyers to search available listings across Canada. And it provides an IDX-like service to agents and brokers whose home association does not offer one.

That’s all the IDX technologies there are. Did we miss something? Let us know in the comments. Or to learn how Realtyna software works, read our blog article How Organic MLS Integration Works. or watch our video.

What Does API Stand For in Real Estate?
6 Ways MLS API Can Improve Your IDX Performance
What Is MLS API?
How Is IDX Different From RESO Web API?
How to Add IDX to WordPress