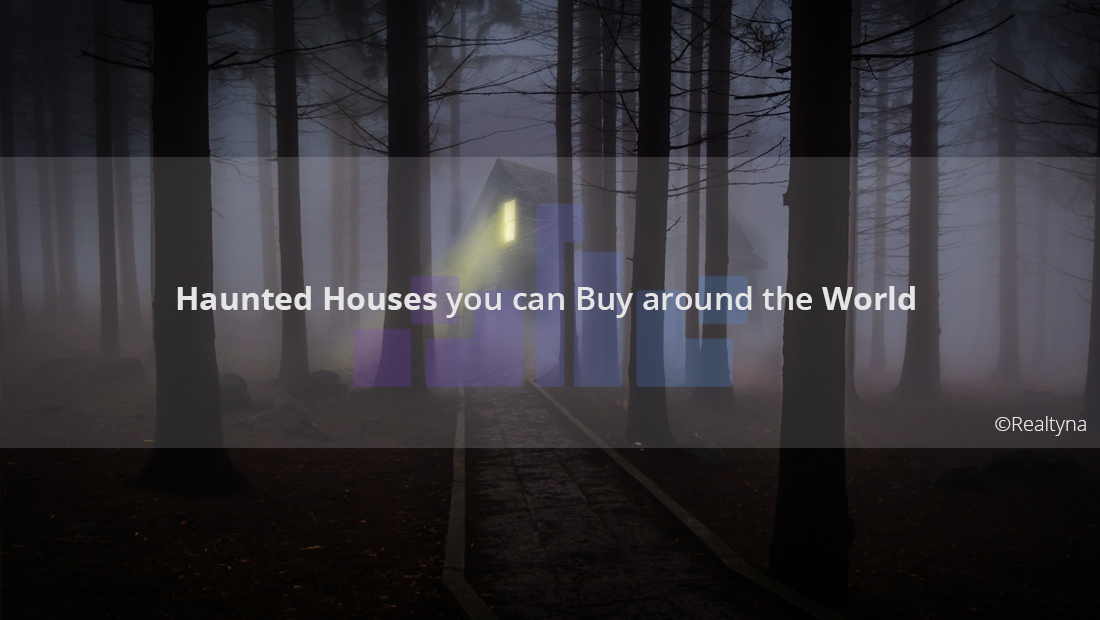 Whether you’re a believer or not, America’s towns are filled with spooky stories passed down through time. From haunted fortresses to grisly tales of suffering and death, we’ve pulled together a list of some of the spookiest spots in the US.

The 1917 mansion was built for newly married couple, Laura and Charles Schweppe. Twenty years after marriage, Laura died of an unexpected heart attack. After four years, Charles committed suicide, as he left note for his children, which said: “I’ve been awake all night. It’s terrible”.

The true reason of the suicide is unknown till this day, but as it’s rumored, he wanted to reunite with his wife in the afterlife.

More about the property: A Total of 4 Properties.

The property was built in 1925 and it was the building of The Cuban Consulate. The wife of the consulate, Paula, was the namesake of the place.

The story goes wrong when Paula died from a leg amputation, only six years after couple moved in.

First reports of haunted events occurring was in 1970’s, when the owner claimed hearing constant knocking on the door. It was also reported, that the door was slamming to the smell of Cuban coffee.

As the rumors say, five spirits, including an infant, its mother and the spirit of Paula, haunt the property.

The house was built by Dr. James Priestley back in 1852. The doctor and his wife died in the early 1900’s during an epidemic of yellow fever and, after the event, strange things started going on.

Recent owners have reported several paranormal activities regarding the house. As they say, they have spotted the ghost of Susan Priestly in the bedroom, where she died. Someone reported seeing some kind of shadows and figures in the windows.

One of the most interesting events, which owners reported, was piano playing on its own and candles falling out of their holders.

This property was built between 1886 and 1888, Colonel Burton Harvey Campbell and his wife Ellen.

One of the most fascinating features the property has is the grand staircase, which is 300 years old. There’s also German stained glass, hand crafted fretwork, Spanish chevalier lamps and an arched dining room window, which was imported from England. These features might sound fancy and beautiful, but some paranormal investigators report they might be haunted.

Rumors say that ghosts traveled from Europe along with the parts of the house, that were originally salvaged from castle ruins.

The property is protected on the National Register of Historic Places.

The property was built in New Orleans, in 1868, by Adam Griffin, but was promptly abandoned within few months.

As story goes, two confederate soldiers, during the civil war, were caught looting nearby houses. When they were caught, they continued to ruse union soldiers, hoping to avoid death penalty for their crime. They were held in this same house, where they awaited their trial. When the soldiers realized there would be no mercy, they bribed a soldier to give them guns and shot each other in the heart.

After this event, there were reported various paranormal activities. Some of them were claiming they saw two ghosts, walking around the property.

This three-story mansion was originally built for French royalties,  Dr. Louis Lalaurie and his wife, Delphine. It’s Named “The LaLaurie Mansion” and known for its ghostly history, maybe even one of the best known stories of haunted houses in the city.

Madame Lalaurie was known as the most influential French-Creole woman in the city, but she had the other side of a cruel and cold-blooded woman that some only suspected, but others knew as fact.

The story of the fire:

One of the famous events, which happened in the property was a fire, which broke out in the Lalaurie kitchen.

Rumors say it was set by the cook, who could not bare with Madame’s tortures.

When firefighters entered the building, they found slaves, chained to the wall, naked, in a horrible state. some were strapped to tables. After the event occurred, the house was abandoned and french royalties were never seen again.

As haunting as it sounds, Many people reported hearing screams of agony at night, while the house was empty.  Some of them claimed to see the ghosts of the slaves, walking in the yard.

The house was was sold again in 1837. The owner reported strange noises and groans in the night. He gave up after three months and abandoned the property.