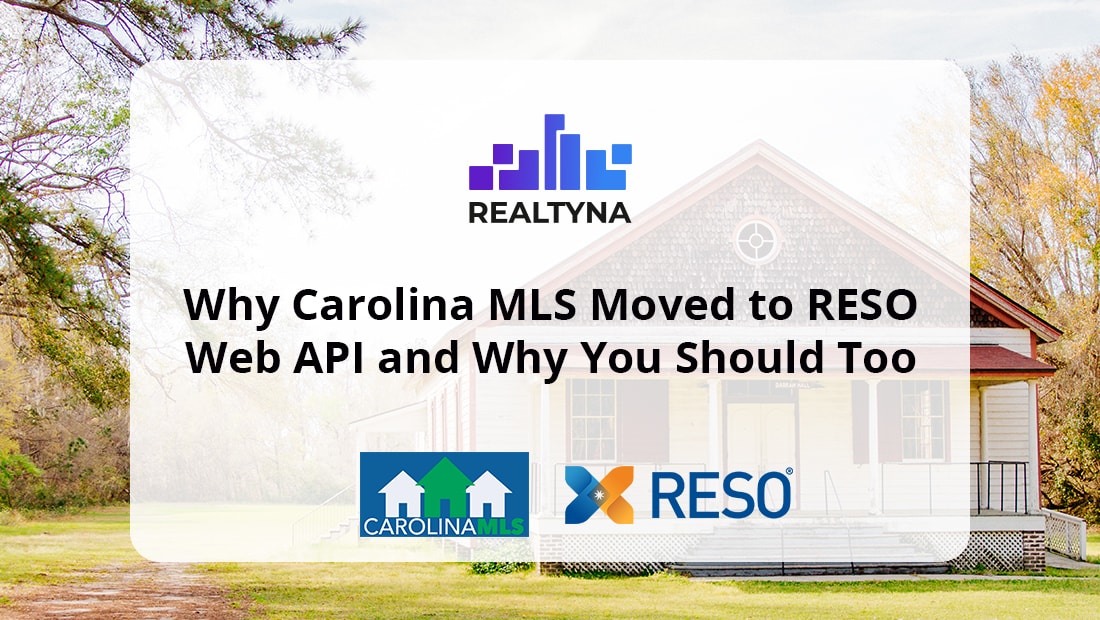 Why Carolina MLS Moved to RESO Web API and Why You Should Too.

Despite the common belief, the real estate field is not as static and unchanging as people might seem to think.  Although we should admit that changes are relatively new and the transformation process is just beginning, but we already see seeds planted for future development- (1) the adaptation of new technologies and social media, and (2) is the solution to the ongoing problem of standardization and decentralization in real estate business- RESO API.

Created in 2016, MLS Grid, part of which is Carolina MLS, is oriented on creating an easier way of providing standardized data. MLS Grid is a nationwide network that connects ten MLSs, one of them being Carolina MLS, and unites nearly 250,000 members. MLS Grid offers you a single license agreement if you want to pull data from different markets.

To be able to achieve this and solve the biggest problem in the real estate industry, Carolina MLS, as well as the other nine members, started to switch to RESO API. Which as experts conclude, is the next generation of RETS: better, faster and more secure.

As RETS is slowly starting to pass the mantle to RESO API, let’s talk about why Carolina MLS and MLS Grid prefer to switch to RESO API rather than using the time tested RETS?

RESO API is more than just an application. The biggest kudos of it is that you can actually adjust direct search queries to the MLSs without the need for huge amounts of local hosting and storage. So, in this case, you lower costs by decreasing the utilizing frequency.

Aside from reduced utilizing frequency, RESO actually also reduces the coding demands with the help of RESO Data Dictionary. Because of standardized data, implementing the different MLS is a lot easier.

What always made the IDX system great but at the same time so problematic is that by downloading all data on your hosting service you get great SEO but at the same time it requires a lot of space. As we all know, the Organic IDX system is always a better option than non-organic solutions. It helps you generate more leads but the disk space problem is a downside.

RESO API is designed to tackle this issue, agents have an option to connect directly to the MLS servers. And by that not only maintain strong SEO but at the same time reduce space problems.

RESO API has a great security maintenance. With it, MLS is replicated on the local IDX websites, creating thousands of mini copies of itself. 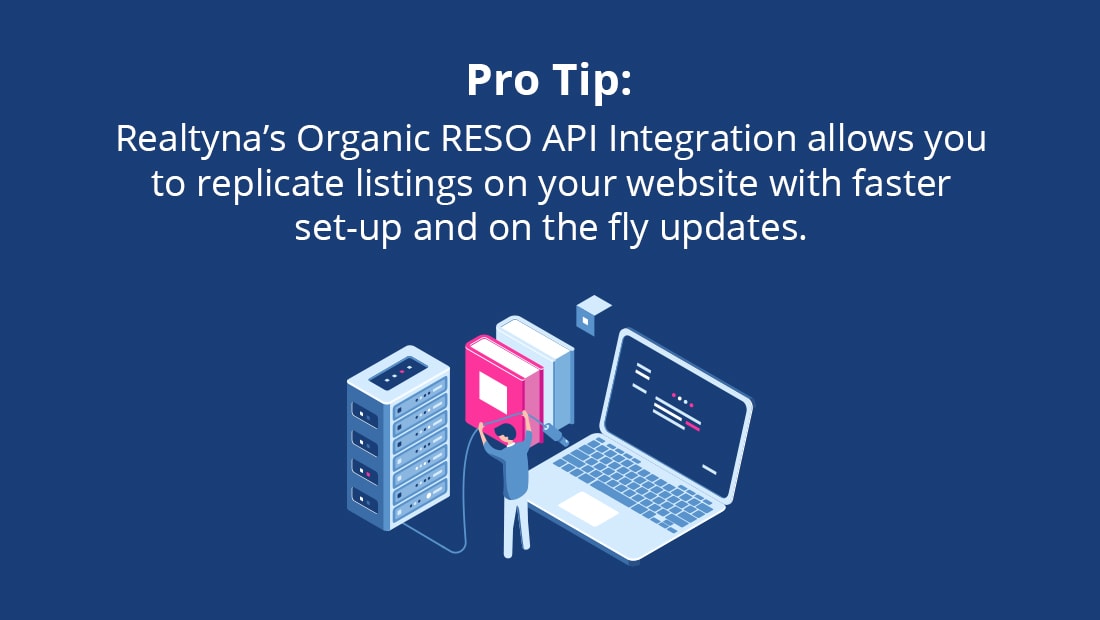 Opportunity to Work with Different Devices.

Yes, RESO Web API has a solution that allows you to work with the different devices by integrating with other applications: mobile or social ones.

P.S Have any additional questions? Check out this article How Does RESO Web API Work?

A Conversation With RESO CEO Sam DeBord
What is SEF Shared Database (Miami Association of Realtors)
Realtyna’s Add-ons for a Better Management
Why Should Brokers Join RESO?
RMLS and Their Switch to 100% RESO Compliance