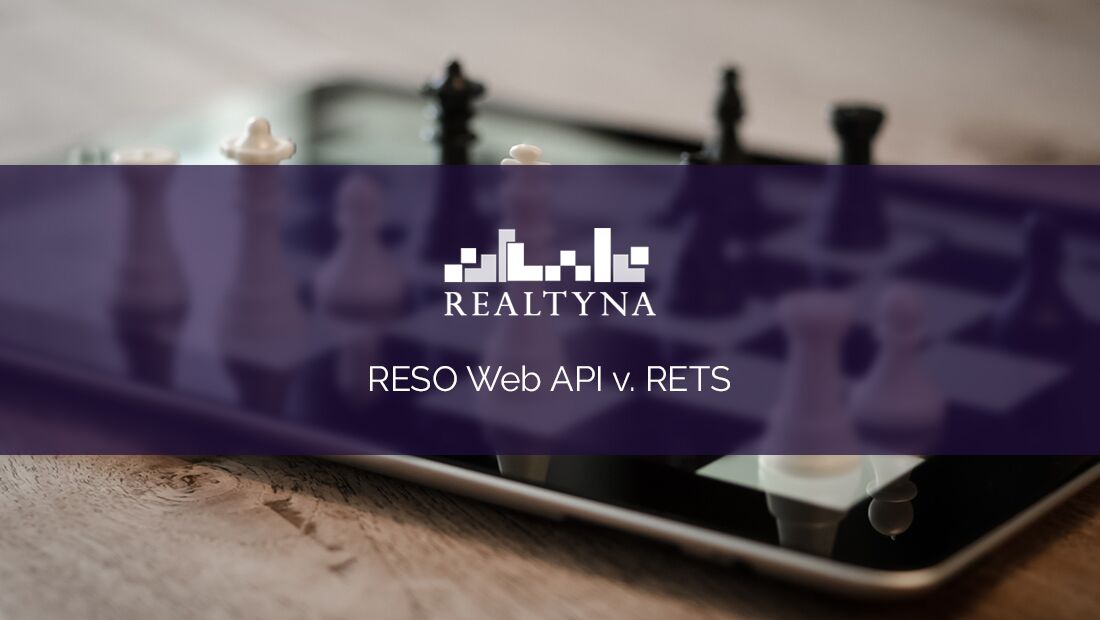 Real estate technology is in the middle of its largest transformation in decades.

MLS and developers are racing to transition away from RETS before the December 2018 deadline.

Long considered the gold standard for IDX, the framework is now all but obsolete.

The Real Estate Standards Organization has announced RETS will be retired in June.

In this moment of transition its important to remember where we are going and from where we came.

So we put together RESO Web API v. RETS to highlight the differences and commonalities between the two standards.

Let’s start in the past.

The Real Estate Transaction Standard (RETS) was created in 1999,  by the National Association of Realtors. As one of the largest standardizations efforts in history, RETS was a major force in shaping the industry we know today.

For the first time under RETS, MLS and technology partners could transfer property listing data with a level of predictability.

This was a massive step toward addressing decentralization problems among the nation’s 700+ MLS.

HOW EXACTLTY DID RETS WORK?

It allowed IDX software to query an MLS database and synchronize updates.

These queries provided the same results across MLS (with some minor differences).

This streamlining spawned dozens of real estate technology companies, like Realtyna, who now could serve clients around the country with minimal coding.

It also meant agents and brokers could display properties from multiple MLS,  on the same website without too much trouble.

SO WHY REPLACE RETS?

RETS included a number of tradeoffs. Based on XML, the framework required anyone with a feed to download the entire listing database to their local servers and then to run updates progressively.

Many MLS contain 100 GBs or more of listing data. To handle all of this data, agents and brokers, had to have large and expensive hosting plans.

Further, with copies of their listing data scattered across the web, the MLS never could be sure of security.

So in 2016, RESO started rolling out RESO Web API.

Like RETS, RESO Web API is designed to conform real estate technology practices in the absence of a nationwide MLS.

It’s hard to underestimate the impact of this change.

Imagine a user that runs a property search on an IDX website. Under RETS that search would query a database on the IDX site’s servers and return results.

Under RESO Web API, the search queries and returns results directly from the MLS servers.

This eliminates the need for large local hosting purchases and reduces security concerns from the MLS.

But that’s not the only benefit of RESO Web API.

The new standard is also based on OData, a global technology protocol. This gives developers a familiar platform to build, software, applications, and plugins.

RESO says these innovations will save agents and accelerate the development of new real estate technology products.

WHERE ARE WE NOW?

Because of these advantages, RESO considers the Web API to be the superior standard.

So MLS and real estate technology companies, including Realtyna, are racing to make the switch.

This website uses cookies to improve your experience while you navigate through the website. Out of these cookies, the cookies that are categorized as necessary are stored on your browser as they are essential for the working of basic functionalities of the website. We also use third-party cookies that help us analyze and understand how you use this website. These cookies will be stored in your browser only with your consent. You also have the option to opt-out of these cookies. But opting out of some of these cookies may have an effect on your browsing experience.
Necessary Always Enabled
Necessary cookies are absolutely essential for the website to function properly. This category only includes cookies that ensures basic functionalities and security features of the website. These cookies do not store any personal information.
Functional
Functional cookies help to perform certain functionalities like sharing the content of the website on social media platforms, collect feedbacks, and other third-party features.
Performance
Performance cookies are used to understand and analyze the key performance indexes of the website which helps in delivering a better user experience for the visitors.
Analytics
Analytical cookies are used to understand how visitors interact with the website. These cookies help provide information on metrics the number of visitors, bounce rate, traffic source, etc.
Advertisement
Advertisement cookies are used to provide visitors with relevant ads and marketing campaigns. These cookies track visitors across websites and collect information to provide customized ads.
Others
Other uncategorized cookies are those that are being analyzed and have not been classified into a category as yet.
SAVE & ACCEPT
Realtyna Privacy Policy Statement